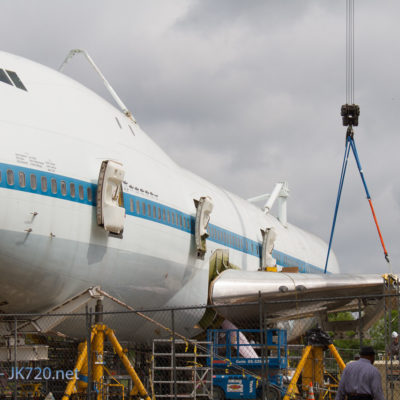 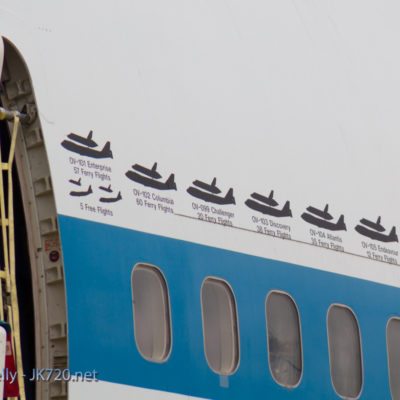 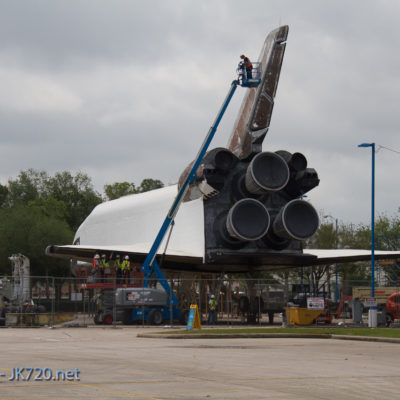 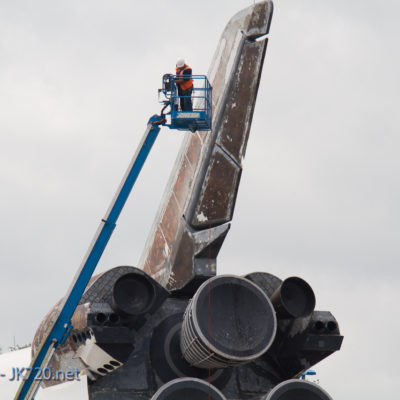 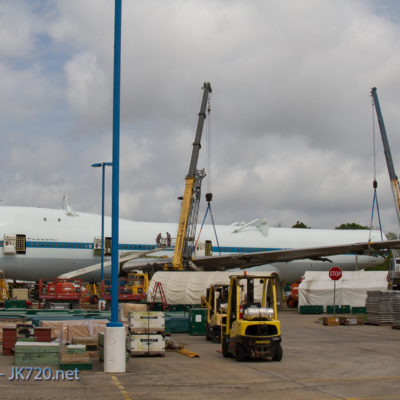 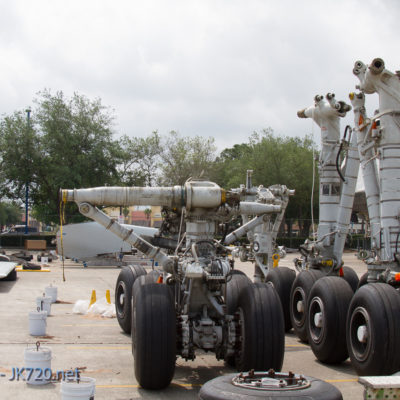 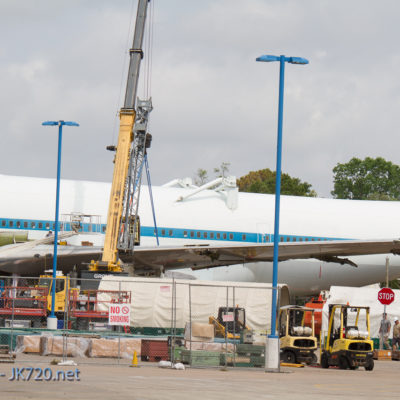 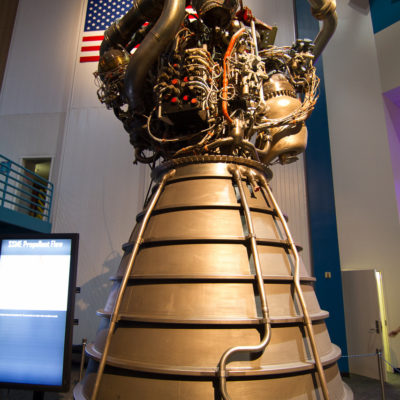 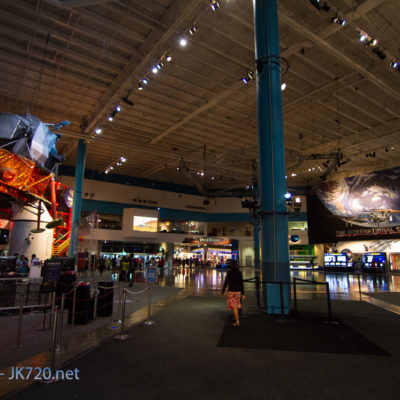 Some more pics from the day at JSC yesterday.   I heard before I got there that The Space Center Houston had taken ownership of the SCA (Shuttle Carrier Aircraft) from Boeing and the high fidelity mock up of the Space Shuttle from the Kennedy Space center.

What I didn’t know was that they had to take the 747 apart and are now rebuilding it like the largest model airplane ever.    They started on this earlier in the week and were attaching the wings when I was there.   In the parking lot across from the SCA, was the shuttle mock up, surrounded by “model pieces” for the 747.   The Shuttle itself was being given a complete overhaul.   This shuttle is just a metal copy of the real article.   But it does have a identical cockpit, and external appearance as the real deal.

In the Space Center Houston visitors center was pretty neat, but definitely meant for kids and families.  To get the real value you need to take a tour.   KSC I felt was a bit better overall for a visitors center, but there, you need to do a tour as well.

The rocket engine shown, is a validation/test engine that was run in the lead up to the shuttle program to validate the RS-25D Space Shuttle Main Engines (SSME) before the first flight