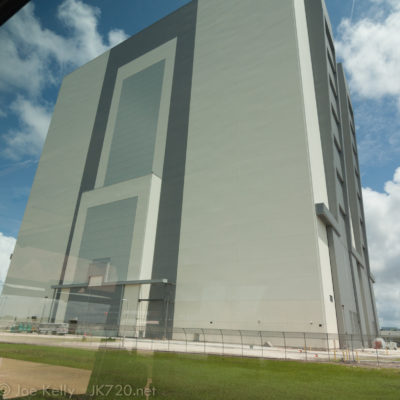 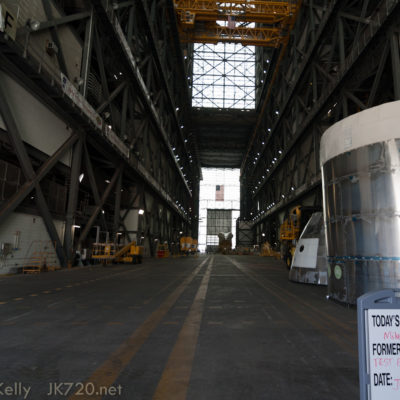 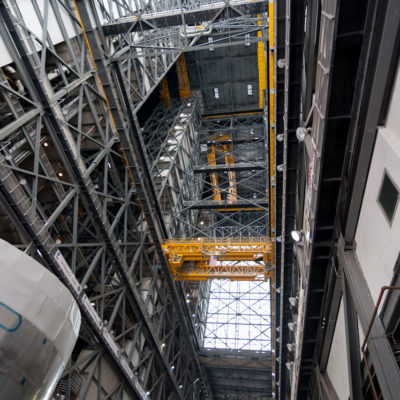 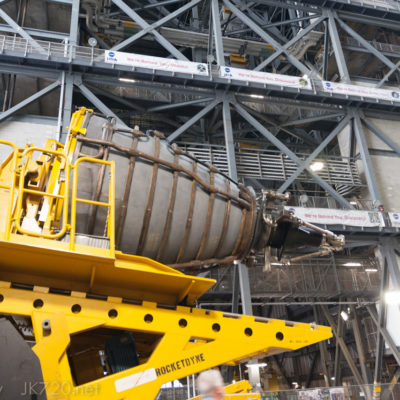 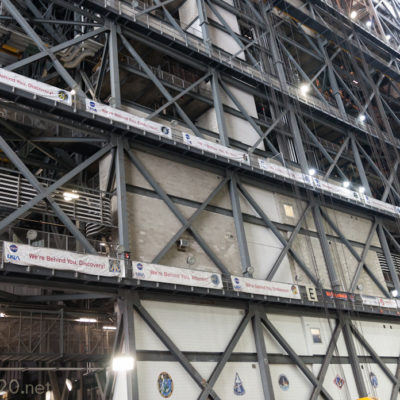 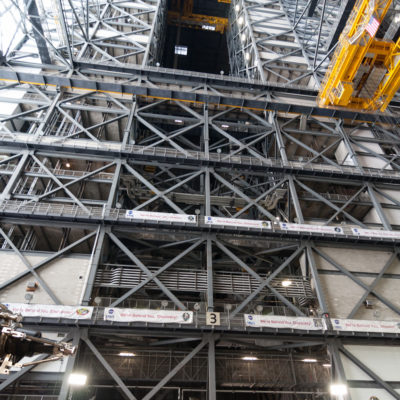 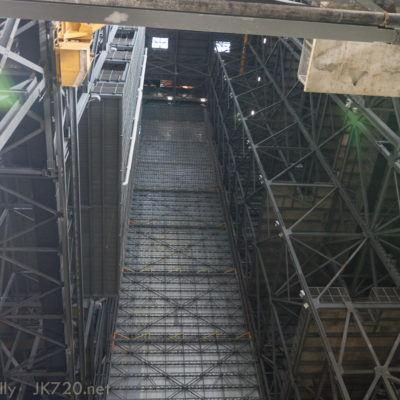 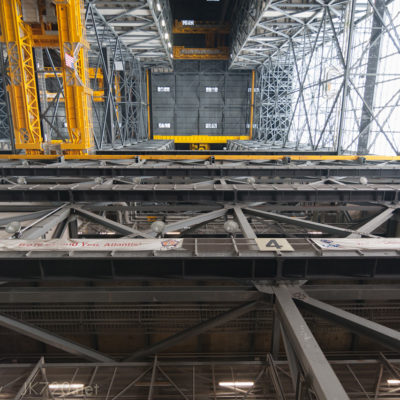 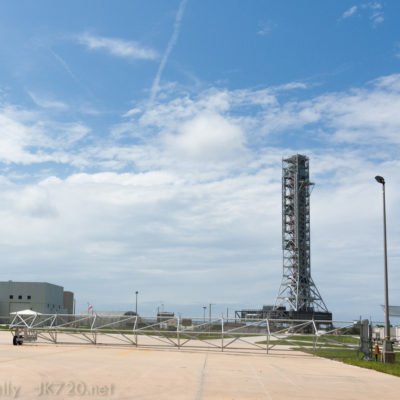 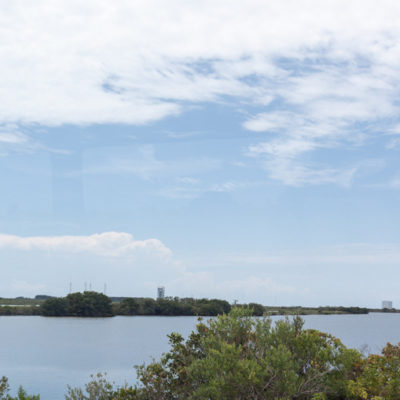 This place was so big, I wish I had a wider lens than 11mm I was using.  Also shooting pictures in this building is quite hard as its pretty dimly lit.

This is where the massive Saturn V rockets were stacked, and prepped before rolling out to the launch pad to go to the moon.   After Saturn and Apollo ended in the mid 70’s, this facility was converted over to Shuttle operations and handling the stacking of shuttle orbiters and boosters.

The VAB has a few distinct areas.  There are 4 vertical high bays that were meant for hosting 4x Saturn V rockets at the same time.   (at one point there was supposed to be 4x launch pads for being able to fire off Lunar missions one after another with little delay.)   And between then is a transfer isle that crosses between all the high bays.

The Kennedy Space Center Up-Close tour of the VAB was held a couple hours after my tour of the Launch Control Center.  The VAB to me was a black box before entering.  I’ve seen some pictures, and found some documentation on the internal structure, but largely was unable to find details about where and what happened in there aside from stacking rocket systems.

Walking into the VAB you truly start to understand how massive the moon effort was.   This is a gigantic building, hard to capture on camera, hard to capture in person.   We walked into a fairly cordoned off area in the transfer isle between High Bay 1 and 2.   High bay 1 and 3 were used to host the mobile launch platforms and the Saturn V and Shuttle stacks.   High bay 2 and 4 were used for handling external tanks, cargo, and formerly some work on the Solid rocket booster segments. (After congress canceled the plans for 4x Saturn rockets at any given time to be in there, and the shuttle program never planned to stack more than two shuttles at a time.)

Looking in High Bay 2, I saw a strange box/cage structure.  I asked our Docent Mike Hunter about it, and he explained it is a box they call the “egg crate” (I think…).  The structure holds 4x External tanks in waiting for their use.    That should give some idea of how tall this building is.   An External tank for the shuttle is raised up, over the top of that caged structure, and dropped in and stored there!  You can see in one of the pictures that the crate is roughly 75 – 100ft above the ground already.

This was a pretty awesome place, in scale and history.  To know every shuttle, every manned moon vehicle passed through this transfer isle, peice by peice, up and over into the high bays.   The scale and complexity of the building is amazing.

On a somber note, it is also a bit emotional knowing that in a small room on the 16th foor of the VAB, there is a locked door.  Behind that door is all the debris from the Columbia accident.   All recovered pieces of the shuttle are in that room.

The Mobile Launch Platform sitting next to the VAB was finished up shortly after the Ares/Constellation/CxP program was canceled a couple years ago.   It is now going to be refitted to launch the SLS rocket.

The last picture is a view from the causeway leading to Cape Canaveral Air Force Base, and the remaining launch pads.  This is where SpaceX Falcon 9 launched from recently, and there was an Atlas V and Delta IV Heavy that launched from those structures days after I was there.