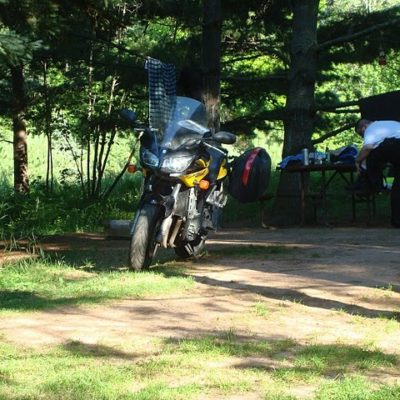 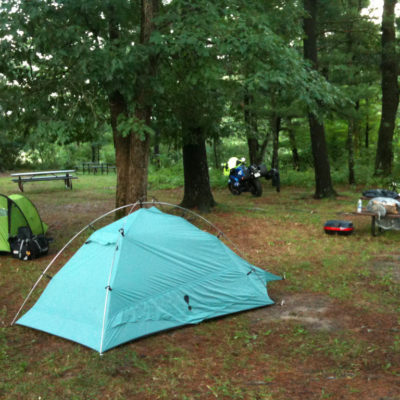 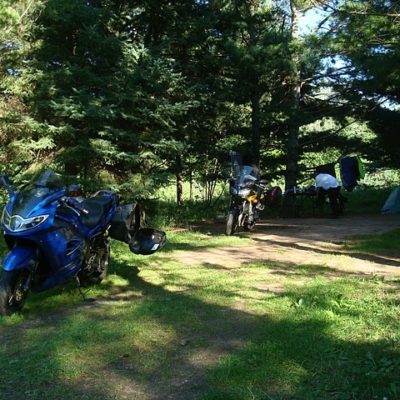 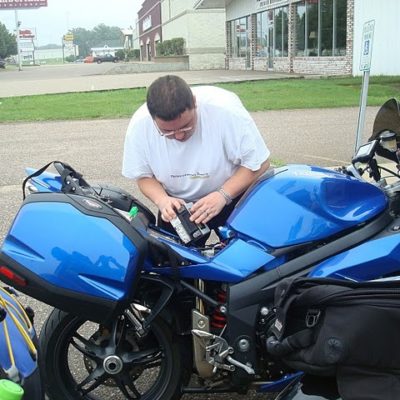 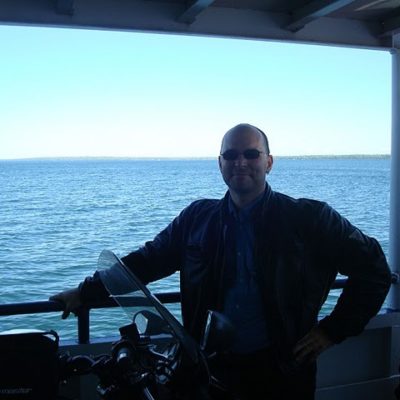 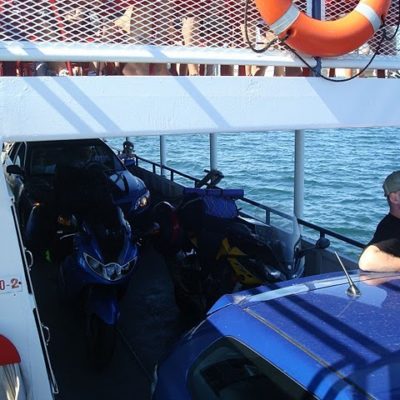 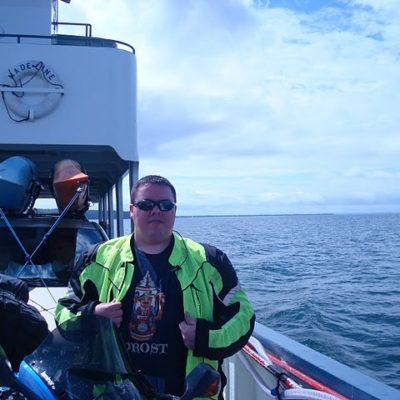 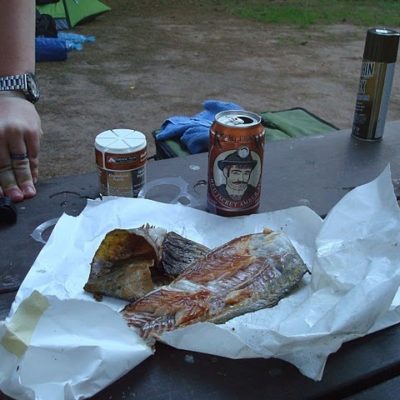 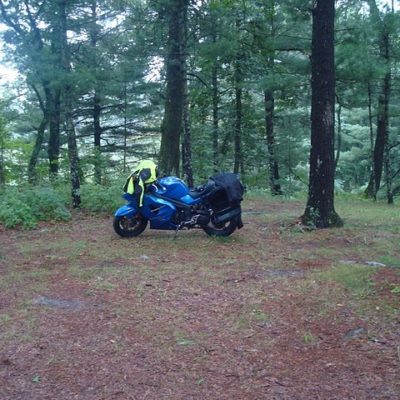 Posting this as an archive to point to from the My Travels Page.

This was the first motorcycle camping trip I went on. back   My good friend Mike White and I ventured out, leaving on a day that holds the record for most tornadoes in a single day.  We rode out in a gap between storms, and rode through some almost white out down pours on our way north.

Our first stop was at a public campground near Ft McCoy.  We camped out in the damp wetness that was WI that night, and listened to automatic machine gun fire, and small canon fire in the background from the near by firing ranges.

In the morning we headed off, and after shutting down the bike after we started riding out at a stop light… the bike wouldn’t fire over.   The battery was shot. (just a bad battery…)   So using some Monster wire I happened to have with me, we jumped my bike off my friends and didn’t shut it down until we traveled 125 miles north to Eau Claire to a batteries plus.

We continued from there up to Hayward, and took the ferry to Madeline Island and setup camp there.   We feasted that night on incredible locally made brown sugar smoked rainbow Trout and locally made brats that we boiled in some MI Microbrews  from KBC brewing in Houghton, MI.   When it started raining at the end of the night, and after a few rounds of beers, we had a visitor in the form of a big white tail deer, just walked into our campsite and hung out with us.

We left Madeline Island and headed back south, the original plan was to camp somewhat centrally in WI on the way.  But we canceled the last day and just rode 480 miles home in one shot due to impending storms and nasty humidity and mosquitoes in the camp we were looking at.

We covered ~ 1000 miles round trip, and had a blast!   There are VERY few people I would choose to on a motorcycle camping trip with, and Mr White is one of those guys.