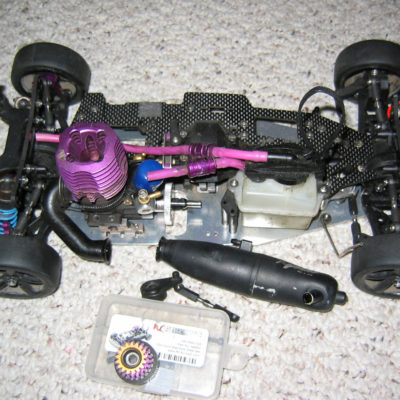 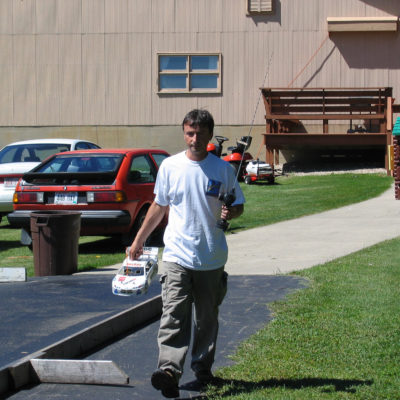 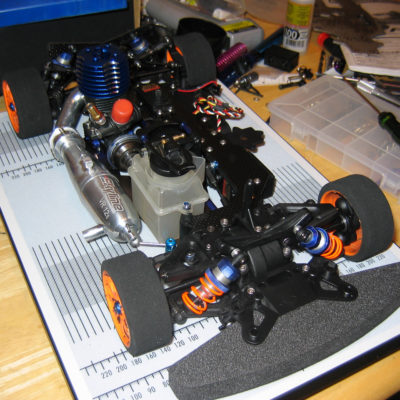 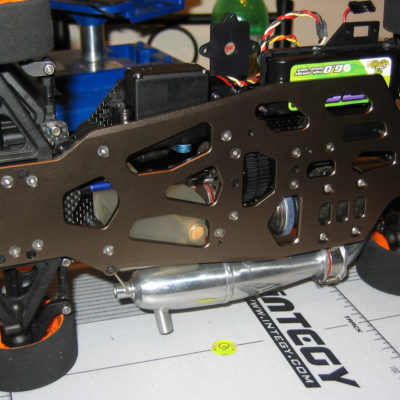 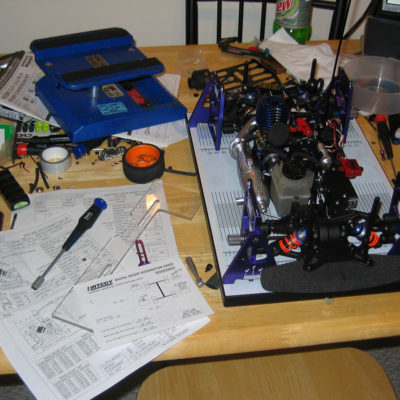 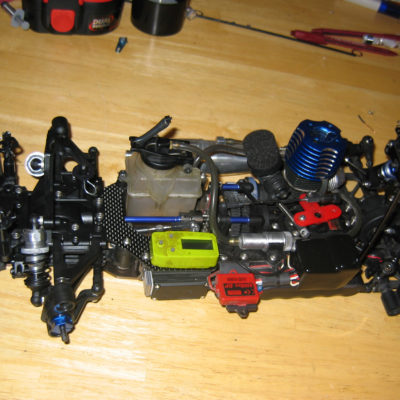 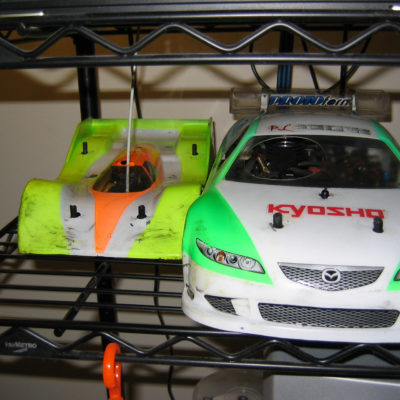 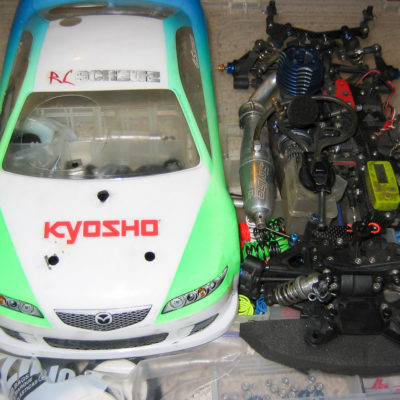 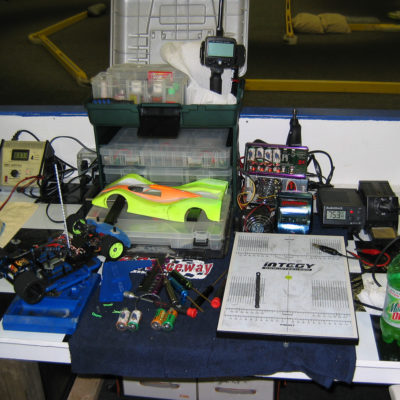 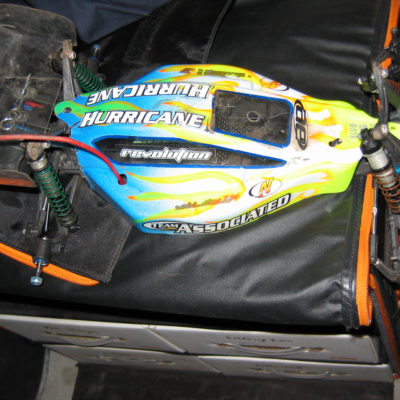 Pictures of my first real competitive Nitro RC Car.  A Kyosho FW-05RR.  After a couple years of bashing around on tracks with cars that never really worked, I made the decision to buy and build up a real proper race car.

I spent 6 months reading and researching foam tires, chassis setup, engine tuning, etc…   during that time I rebuilt a used Kyosho FW-05R into the beast it ended up being.

The car was light (a few grams over the min weight for the class), balanced, and very easy to drive.  I handed the car over to the fastest guys at the track who were running Serpents, or Associated NTC3’s.    They instantly dropped a second or more off their lap times with this car.    It’s fortunate I don’t know how to drive that great, or it would have been unfair 🙂

This was the most fun I’ve had in R/C  – running this car.   The engine would fire first try every time, never over heated, always fast.  The car was consistent and tank like in its durability.  So much fun!

Unfortunately, after all that time and effort, and being tied for 1st place at the track for the series… the track closed one race before the end of the season.  I retired the Kyosho and focused on 1/12th racing over the winter until the indoor track closed as well.

I then sold my Kyosho as the closest nitro track was then about 300 miles away.  I truly miss that car, it was a work of art engineering wise, and so much fun to drive.

Then I turned to offroad dirt racing for a short bit… before selling it all off and exiting the hobby for a couple years.  I sold the entire load of R/C stuff I had.  All the batteries, radio, cars, chargers, tool cases, etc…   I got 100% out late 2006.  Until mid 2009 when I jumped back in and went 1/12th racing again after the indoor dirt track switched to carpet onroad.

I would keep racing 1/12th until the end of 2010, when the track we were running at and shop closed up, and I would again go on a hiatus from R/C (not selling everything just not racing) until early 2012 in Denver, CO.