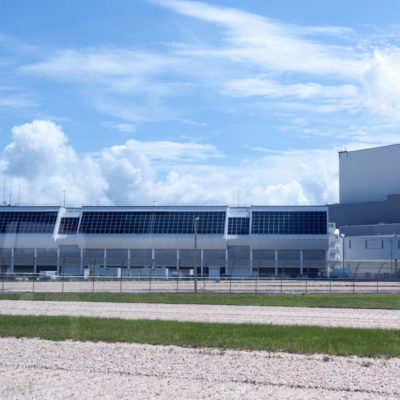 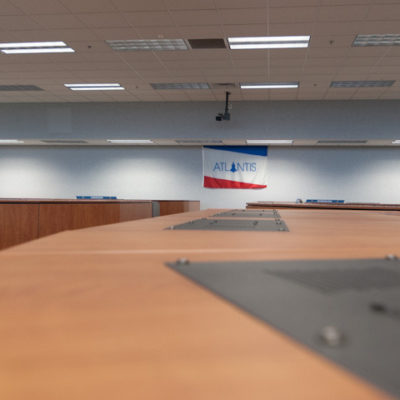 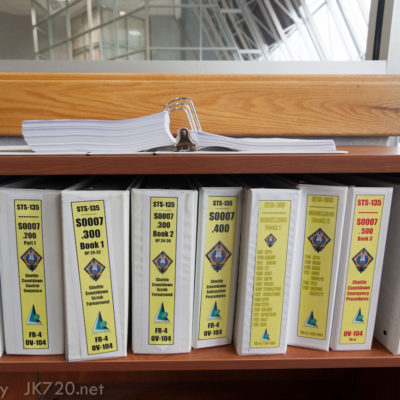 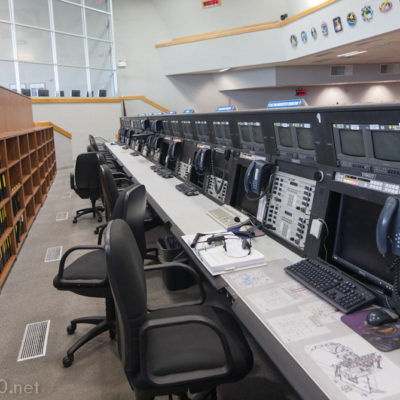 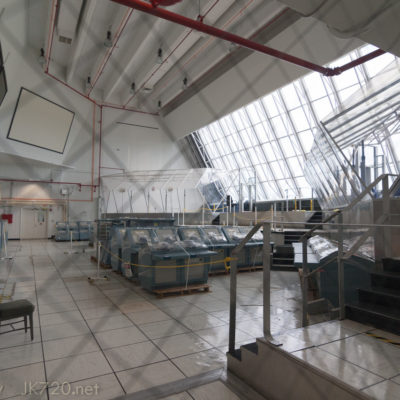 Part two of the LCC tour Photos: (part one is here: )

Reason there hasn’t been tours in 30 years?

Because as you can see in the first pic the LCC is connected to the VAB building where the Shuttle and Saturn V stack was built.   In the Shuttle program the use of the big white solid rocket boosters, presented a VERY big risk to the complex.  They said if a spark happened during the stacking it could set one off and literally blow half the VAB apart and level the LCC.

Now to the other pics:

The “Horse Shoes” cubes you see on the firing room floor is where the specialists focusing on one specific system reside.  They report and take direction from the directors up in the front.

The tour guide mentioned that in the final minutes of pre launch, the room is absolutely silent.  Everyone is 100% focused on their one system, one responsibility.

The launch manuals are awesome.  I’ve heard of these, and in various places on the internet (mainly Nasaspaceflight.com L2 section) you can find many of these manuals and procedures.   The book on the top was turned to the final check list before giving the “Go” for the computer to start the launch sequence.  With check marks and all as the launch director marked off the list as they went.

Almost no one in the firing room can see each other from their seats (outside of their horse shoe), and communications is meant to be done over the headsets.  This is done on purpose to ensure the teams follow protocol to communicate and work problems in the right flow.  It also lowers distractions and is a more efficient way to go about business of launching rockets.

The seats in front of the launch director is where the test director, assistant, and other teams responsible for the front line communications with their teams and reviewing safety and readiness.

Across the hall Firing Room 3 is being dismantled of its Apollo era hardware (and was used early in the shuttle program) and is being rebuilt as a possible commercial firing room.

Final thoughts on the Tour:

Insightful, and exciting.  To me being in the presence of people who are such experts in what they do, and seeing where they put this all to use is sobering and makes me feel like I’ve really slacked compared to how these people literally shot for the moon.

These launch controllers, directors, even tour guides have such pride in what NASA is about, this to me is a government organization, with a massive heart, and people who WANT to go to work and do better.  Totally breaking the gov worker preconception.

Part 3 in this – The Saturn V Museum Pictures and Info.