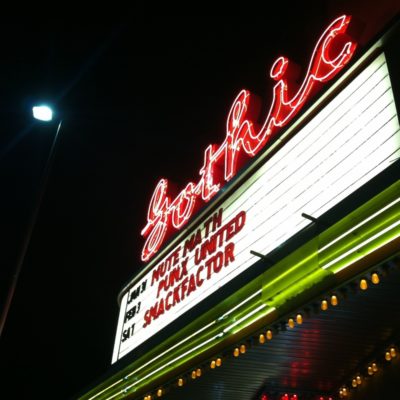 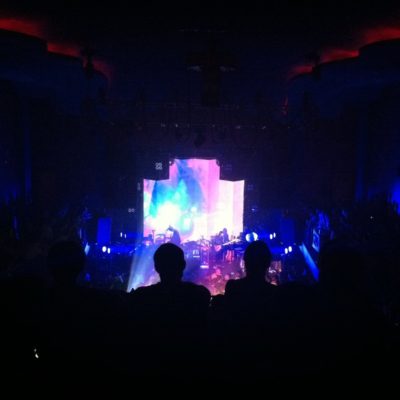 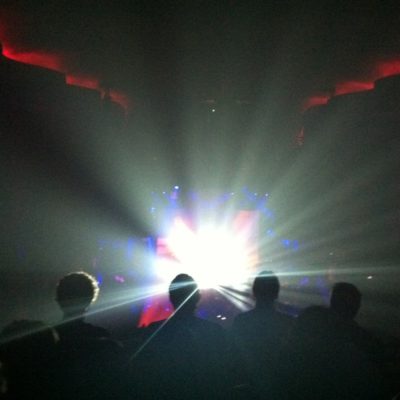 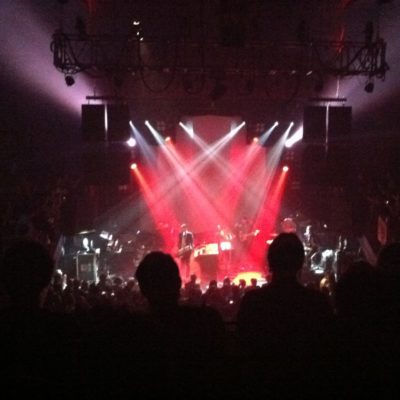 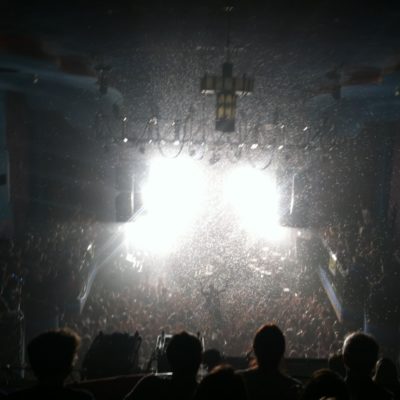 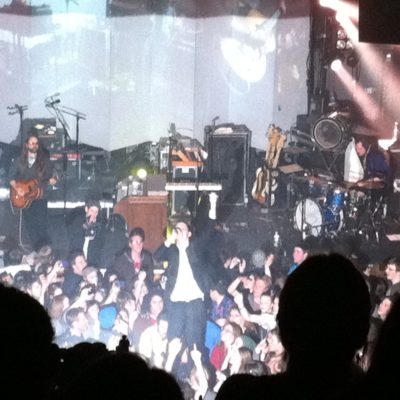 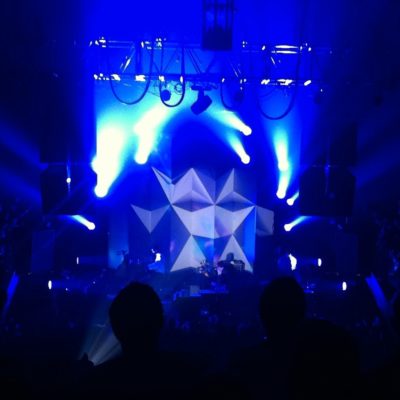 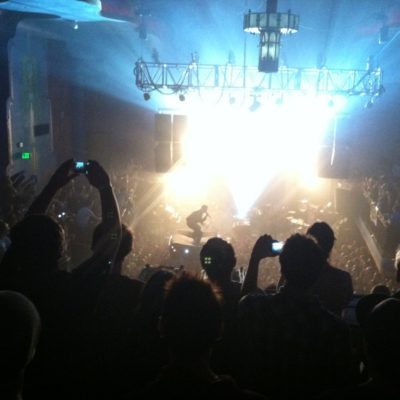 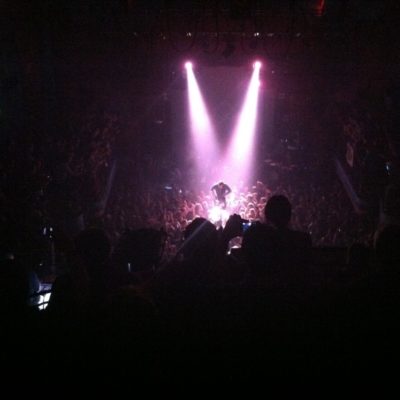 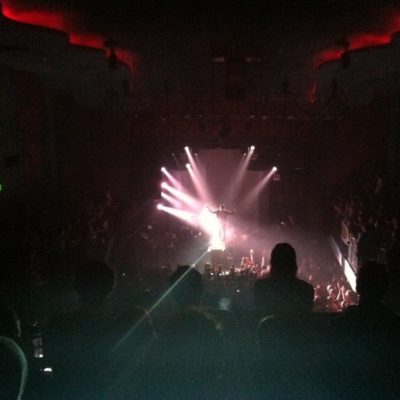 MuteMath is the second concert in a row that blew me away.   Where Puscifer is incredibly cerebral, and detailed,  Mute Math is a sensory overload.  Full of energy and drive.   The stage show is very well produced, the band seemed like they had a absolute blast.  The lead of the band spent the concert jumping off stuff, running around, and in general doing some crazy shit.

He at one point slipped on a dive from the keyboard and almost cut his head open, but took it in stride.

The band took turns playing in the audience, or on items on stage, etc…    Excellent concert and I highly recommend it!   I have some video I shot of the drummer being moved by the crowd out to the center of the main floor and starting to rock from there.