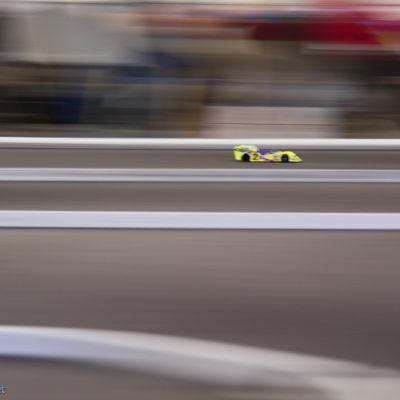 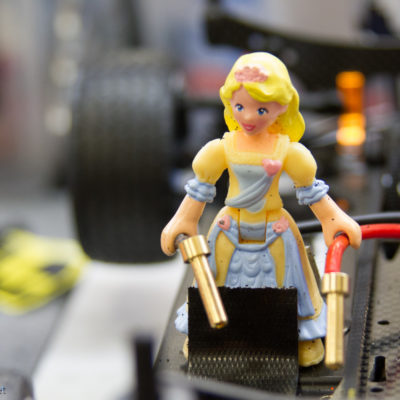 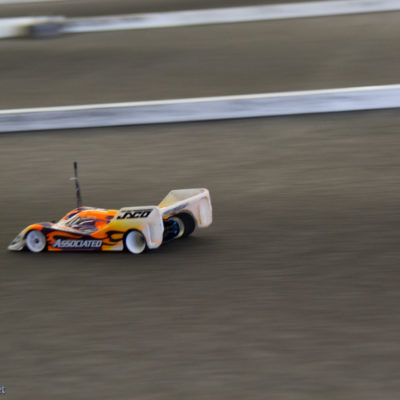 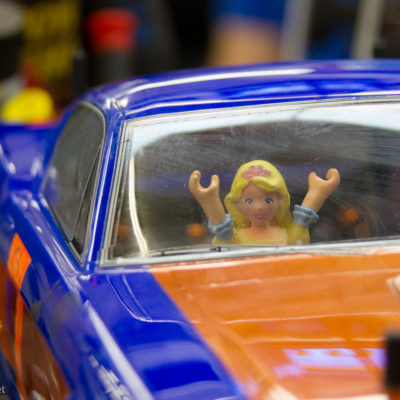 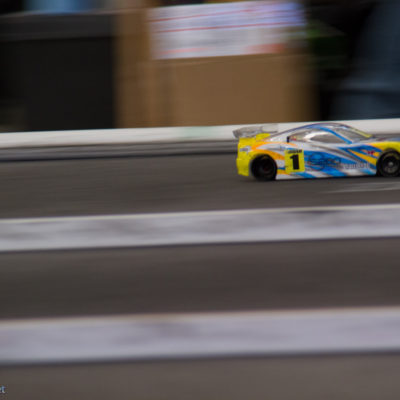 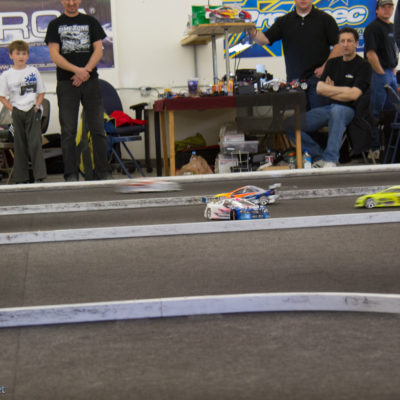 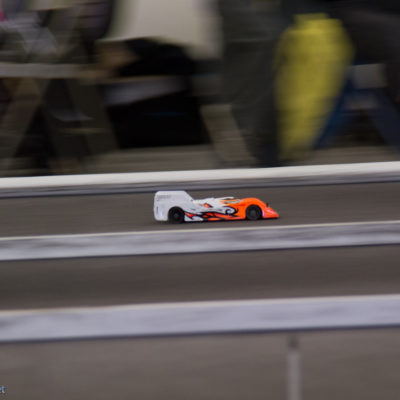 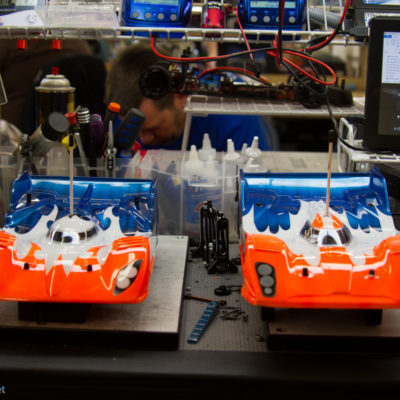 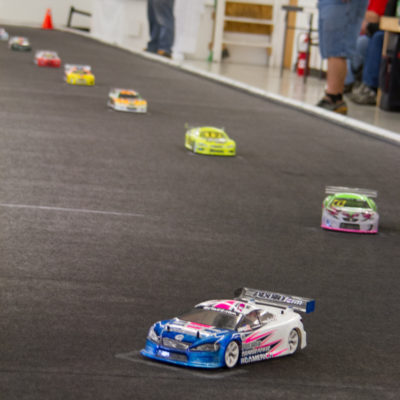 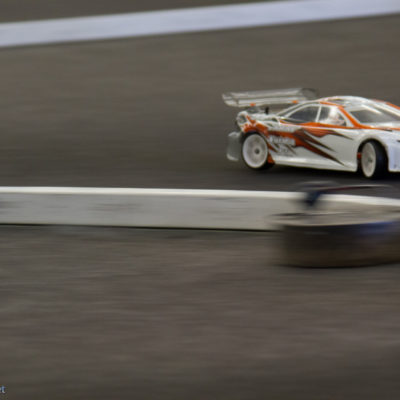 Some pictures from the Mile High Indoor Championships that the RC club I am part of put on.  The biggest names in on road RC racing were in attendance with a world champion, and multiple national champions in attendance.  Over 70 people flew in from all over the country  (and a couple from Canada) to participate.  The level of racing was insane.  This was the biggest pro-level indoor RC event in CO history.

I snapped these pics between my races and these pics are just as they came off the camera.  Capturing these cars on camera was extremely difficult.  The modified cars were breaking 60 – 70Mph on the straight and would hit accelerate from roughly 15mph to 70 in under 1 second as they entered the straight, and slowed down just as fast for the next corner.  Capturing that acceleration and tracking the cars was very hard.

After some playing with different camera settings I found some thing that seemed to work great along with the high speed shutter in the 7D.

The full Album of my pics can be seen here:

More pics and such later.