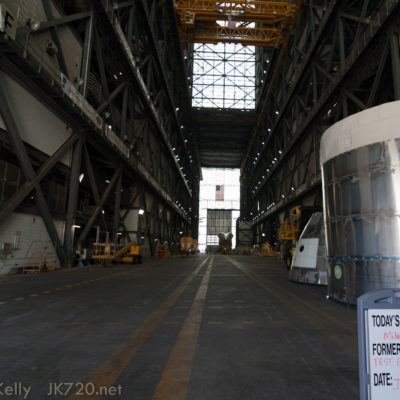 I wouldn’t be able to post short stories and pics of my visit to Kennedy Space Center without talking about the unique situation NASA is in, and why today Americas space program is more fragile than ever.   I am not talking fragile as in government policy, funding, etc… I am talking in terms of people.

NASA is often portrayed by government reporting, and many media outlets as just a money hole, and people who just never grew out of launching things into the sky.   Its portrayed in TV/Movies as something over the top, robots everywhere, ultra patriotic,  Bruce Willis kicking asteroids ass, space/time travel, etc…

From what I have observed,read about, and seen first hand I think its somewhere between those.

Visits to the Cape:

I have been to the Kennedy Space Center 3 times in my life.  Once in 1990, 2008, and 2012.   I was too young to remember a whole lot in 1990 about the tour my parents and I went on, but I do remember seeing full shuttle stacks on two pads at the same time (I was looking back at when we went down there, and see it coincided with dual pad operations, I vaguely remember seeing two shuttles).   I was a member of the NASA elementary school outreach program called the  "Young Astronauts" program before that trip.  And I witnessed years before the destruction of Challenger live on TV. I was also in the program which helped name the Endeavor Orbiter to replace Challenger.   So seeing the Shuttle stacks, the VAB building, and being at KSC as a kid was profound to me then.

Reason it was profound? – Because scientists, engineers, dreamers, explorers, teams of experts were working as hard as they could to do something thought virtually impossible decades earlier.   They were building, operating, and maintaining the most complex and capable machine humans had ever built.  This was one of the pinnacles of science as far as I was concerned.

Seeing this, reading about NASA, space travel, and the science/engineering that went into all this drove me to continue to grow my knowledge and interest of science, and engineering.  The team work shown in moments of crisis and quick reactions of everyone when something goes wrong is the best measure of skill in my eyes.   And these teams are the best of the best when put against the wall, or in a bad technical situation.  The drive to be excellent in what you do and be ready for the unexpected is a key driver in what has made me successful in my career. Seeing how these experts overcame disasters or potential disasters time after time was inspirational.

Since then 1990 every trip has been different.   In 2008, it was my first visit down there since Columbia failed on reentry.  NASA was a considerably different place in 2008 than it was in 1990.  Everyone was kept at an arms length of any shuttle system, NASA in general was much more serious and less about the bling of “HEY WE ARE NASA!” (Remember Space Camp the movie in the 80’s?, all the tie-ins NASA was doing when the Shuttle was early in its life mainly pre-challenger, and to some extent between the Return to flight from that and pre-columbia).

Maybe that was because NASA was focusing on the successful end of life of the STS program now post Columbia rather than making space flight seem routine and easy as they had in 1990 when I was down there (at least in my foggy memory).    I followed in detail the shuttle program from the Columbia accident to return to flight and since then on various websites that cater to the inner workings of NASA.

Reading about the nearly heroic levels of work put in by the Orbiter teams at KSC to maintain, repair, and keep those orbiters running in top shape was sobering.   With a firm deadline in place for the program, from what I could see these government employees and contractors were as devoted as ever to ensure no corners were cut.  The pride I saw in the forums from the same engineers who were working on any issues that cropped up was inspiring. (an example was the troubleshooting of the fuel level sensors in the external tank years ago.)

People just don’t have that kind of drive or commitment to a job normally, especially one where they know they are going to get laid off in a couple years.

My return to KSC in 2012 was completely different.  The shuttle orbiters are done, being turned into museum pieces.  The work force has been in large part laid off.  No new missions on the books, no new system actively being worked on (in any large scale as SLS is still on the drawing board).

I was expecting KSC to be very depressed, abandoned, and overall looking for purpose.

What I found was different than I expected.  I found the tour guides to be very forward looking in their message, constantly reminding the public, that NASA is still in business, still pushing forward, while still reflecting on the loss that is their dear shuttle orbiters and the achievements those orbiters brought.

Every NASA employee I saw on the tour while muted in their oppinions on the shuttle end of life so early in their life (they were rated for 2x the flights they actually performed), they had immense pride and emotion toward the work they did in the last 30 years+ and are eager to get back into space.

Many of these people have been working at NASA since the Shuttle program was started (some since Apollo!), so seeing those systems/machines/crews go away and not have any replacement on the table ready to go has left many looking for something to rally behind again.

A special kind of pride:

As NASA is in a few year hiatus from manned space flight, one thing was universal from the people I met down there – everyone still has incredible pride for working at NASA and for the American people.  They all see the space program as a key and visible measure of American scientific/engineering progress and excellence.

One key example of someone who I felt showed the most pride, and spirit of what makes NASA a special place is Mike Hunter.  He was the docent for the KSC VAB tour.   Mike is a laid off NASA employee who was a Test Engineer Manager since 1977, and was laid off as part of the NASA spinning down of the Shuttle program.

He spoke with a soft tone as one would when talking about the achievements of ones fallen loved ones. But was passionate about what he was discussing, an endless well of information, he would talk as deep as you wanted to on any system.   He was eager to engage with the tour group, eager to educate them on what went on in this gigantic building and how the shuttle stacks were built,tested, and prepared.

I asked a few questions about where certain operations happened in the building, and he was all about telling me everything about that operation.  Beaming with pride in the work done there.

When he mentioned the fallen orbiters you could hear him get choked up, stumble with his words for a second and then continue.  These are employees who had up to 7 lives riding on their shoulders every launch.  To lose a crew has to be as close to them as losing family members.   After all this time (1986 and 2003) even mentioning the orbiters and their crews can drive that kind of emotion, is a key example of how this place is more than a employer, more than a job for these engineers and specialists.   Even the orbiters seem to be considered like you would a cherished family member to the engineers who maintained and flew these machines.

I personally thanked Mike for his work in the past, and his eagerness to engage the public in these kinds of forums.  We need more people in the country as passionate about the work they have done or are doing as it seemed Mike was.

The fact they have employees who were laid off, back volunteering their time to talk to the public about what NASA does is unique and special.  No where could you get someone back to a place they’ve been downsized at to do public relations for free.   NASA, and specifically KSC is a special place to be sure.

With commercial space flight ramping up, and plans being pushed forward for the new Space Launch System (SLS). I can only hope that NASA keeps getting more in the public’s face about why this is important, and why we as a people should feel lucky to have such a space infrastructure available, and grow it.

With the Orbiters all in or going to museums, everyone is looking forward to see what NASA will do next.  This isn’t the first time NASA has had down time.  After the 1975 final launch of a Saturn IB rocket for the Apollo – Soyuz program, no launch happened out of KSC of a manned space flight until 1981 with the Shuttle.   We are looking to have a similar delay this time getting the SLS operational, and that’s only if congress and the president don’t cancel/change it again.

For now Americans can take pride than many of the engineers and experts from NASA are now working for SpaceX, Orbital, ULA, etc… driving US space flight forward on a commercial level as NASAs big plans are still being worked out.